Popular
What is the Wassenaar Arrangement?
Recognizing Gaslighting
What is China’s ‘Wolf Warrior’ Diplomacy?
Latest on Tunisia and Arab Spring
What are VPNs, and why are they in the news always?
Few terms coming up in focus to understand the troubled global economy
U.S. Fed interest rate hike and its impact on India
Dispute between Armenia and Azerbaijan – The past and the present
Why are special drawing rights (SDR) in the news always?
The world faces a growing stagflationary storm
India 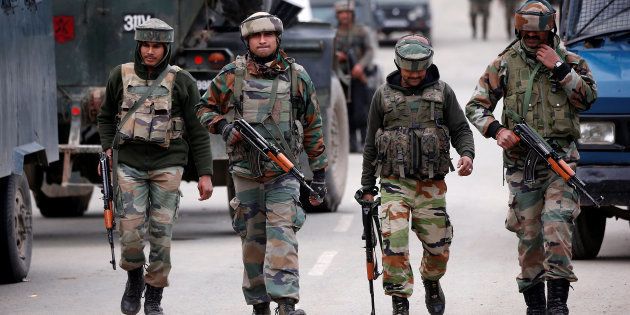 AFSPA – Armed Forces (Special Powers) Act. Indian army gets impunity under this act. It allows soldiers to “fire upon or otherwise use force”, even to the causing of death, against those violating the law.  It also says “no prosecution, suit or legal proceedings shall be instituted, except when there are some previous sanctions of the central government”. The act also provided special powers to enter and search any premises without a warrant. These actions can have serious socio-political repercussions.

AFSPA is imposed in areas affected by internal rebellion, insurgency or militancy. This act provides the armed forces with an enabling environment to carry out their duties without fear of being prosecuted for their actions. But at the same time, it is a general notion that in a democracy, the army must be employed for a milted period and its deployment cannot be prolonged indefinitely. But in reality, this is not the case (e.g like Nagaland continues to be disturbed). Sometimes it is only the excuse and an alibi for poor governance.

Supporters of this Act call it enabling as it is there to protect the soldiers. Its constitutional validity has been upheld by the supreme court of India. It comes into effect only after the government declares a state, or parts of it, as disturbed where normal functioning of government has broken down and the army has to be brought in to restore the normalcy. Therefore, provisions are made through this act for the protection of the armed forces during operations.

Army’s view is based on its perception of the ground realities especially in Jammu and Kashmir i.e. India is fighting a proxy war. Secondly, cases of hot pursuit could take troops from areas where Act is in force to where it may have been revoked, leading to legal complications as well as allowing terrorists to create safe havens for themselves. Thirdly, after the de-induction of US-led forces in Afghanistan there is a possibility of a rise in terrorist violence in the coming years.

Also once it is revoked, political compulsions will not allow its re-introduction even if the situation in the state worsens. Case in point Imphal (Manipur) – there was seen a spurt in militant activities since the lifting of disturbed area status. But at the same time, there is a real danger of AFSPA becoming a symbol of oppression if the voices from regions affected by terrorism and insurgency, along with international opinion are not heard and their grievances not addressed.

An extraordinary situation requires an extraordinary law and therefore existing laws which deal with routine law and order issues will prove inadequate to overcome the challenges. However, as the external threat recedes or when operations are conducted in the hinterland, population approach becomes important because possibility of human rights violations increases.

An analysis of past cases shows that protests against the AFSPA followed custodial deaths and fake encounters ( in Jammu and  Kashmir, Manipur) and not the fierce encounters on the line of control. Therefore, as the nature of threat vary, so must the approach for the conduct of operations. Justice Jeevan Reddy committee has also recommended that the Act be revoked.

Armed forces (Punjab and Chandigarh) Special Powers Act, 1983 – Outbreak of militancy in Punjab in the early 1980s necessitated this. There was a demand for separate Khalistan for Sikhs in 1982. Struggle for hegemony among various Sikh factions as well as simultaneous rebellion against central government worsened the security situation. This act was withdrawn in 1997.

Armed forces (Jammu and Kashmir) Special Powers Act, 1990 – An armed separatist movement started in Kashmir in 1989. It had domestic and foreign element. Domestically, the central government’s tendency to impose its will on state without considering the political aspirations of the people alienated them. Externally, Kashmir has been a bone of contention between India and Pakistan. Initially, the insurgency was purely indigenous but soon Pakistan starts supporting insurgents.

However, following the supreme court of India rulings, some safeguards have been introduced by the army. The “Do’s and Don’t” issued by army authorities which army personnel are required to strictly follow:

There is no denying the fact that the situation is still extraordinary. Unless they find a substitute for AFSPA to address the question, AFSPA will continue to hold the upper hand. Police do not come under AFSPA and confusion shows up every time AFSPA is blamed for police atrocities. The best solution can be political settlement to resolve the core issues that have fuelled social unrests.

Decisions of calling in the armed forces are backed by assessments, reviews, discussions, consultation with political leaders, opinion-makers, civil services, intelligent agencies, local police and armed forces. It is a complex process. Also, the links of the groups operating in the area with anti-national elements operating elsewhere, and their ability to orchestrate terrorist actions in different parts of the country has also been an important consideration for the decision-makers. But, the other view that prevails is that the army has vested interest in operating without worrying about judicial scrutiny and is obstructing efforts that are being made to roll back the Act.

The validity of this act was challenged in Supreme Court in the case Naga People Movement of Human Rights Vs UoI (1998). Supreme Court ruled that it is not in violation of the provisions of the constitution.

It is a fact, the act confers extra-ordinary powers which have been allegedly misused by military, police and parliamentary personnel but it is also a fact that despite numerous mass protests, legal challenges the act was neither being reviewed nor repealed.

Committees should be created at district levels with representatives of army, police, civil administration and public to report, assess and track complaints. Investigations should be time-bound and efforts to be made to keep detailed records of the operations. Moreover, the army’s principle of minimum force must remain a fundamental guideline.

As of now AFSPA is in force in Assam , Nagaland and parts of Arunachal Pradesh and Manipur as well as in Jammu and Kashmir.