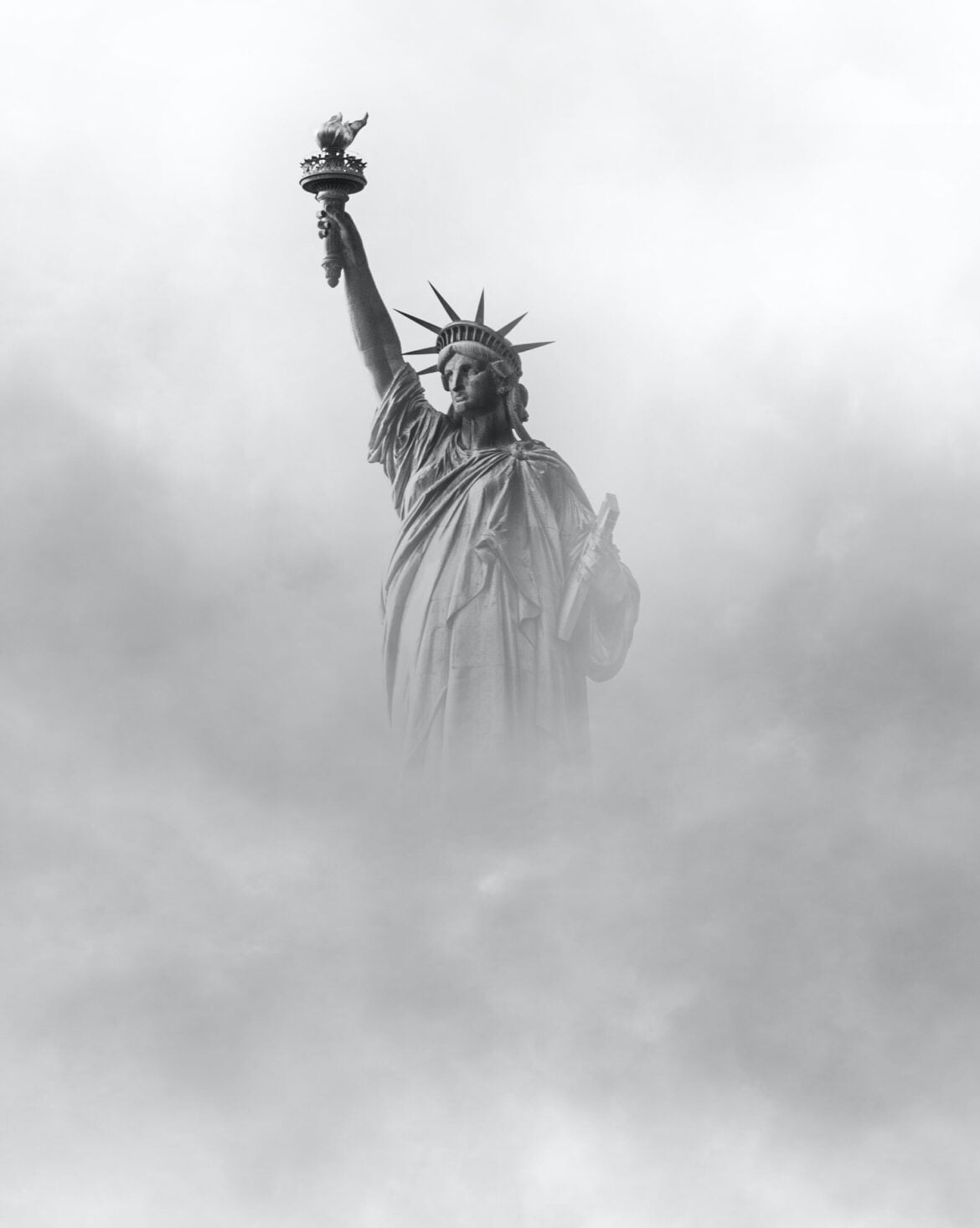 Photo by tom coe from Unsplash

For many centuries, for religious freedom and economic opportunities, people had been migrating to the Americas from Europe. Under the authority of the monarchs of Europe, the colonies were established in the Americas and, therefore, owed their loyalty to them (in Europe).

Life was difficult when they arrived because all they found was wilderness. The first settlers who came to the Americas had to build everything from scratch. Bringing civilization to these wild lands was no easy task.

With hard work and time and as civilization advanced, their life started resembling that of Europe.

Europe view of these Colonies

Europeans who considered these colonies as their property believed that they should serve their home nation. Crops, produced by colonies, were shipped back to the mother country, and on the other hand, became the market for finished goods from Europe. These colonies had to submit to decisions made by their mother country.

Governors were appointed by the crown to control the colonies. They hold a great deal of power and appointed all officials and judges within the colony. Several colonies had elected officials, only to make recommendations to the governor with no real power.

Many people came to settle in the Americas to escape persecution for extreme political and religious beliefs. Therefore, there was a higher number of radical thinkers in the Americas than in Europe.

Many were born here and had never seen Europe. Their loyalty was towards the colony as they considered themselves Americans and not Europeans. Colony life was made difficult because of restrictions placed upon them by the parent nations – like they were not allowed to trade with other nations. Colonies considered themselves as independent than to be part of some distant mother country.

The British Empire Goes to War

In 1760, King George III became the new king of Great Britain. He waged war with France that brought new territory of Canada and the land in North America. The cost of the war bankrupted the national treasury. To keep the government running, King George III looked towards the colonies to raise funds.

To cover the cost of the war, British officials imposed new taxes in the colonies. In 1765, the stamp act was passed by Great Britain.

As per the act, the tax was placed on printable materials like magazines, newspapers, and even playing cards. There was an outrage and the shout to boycott all British goods. Stamps were burnt on the streets and the officials were attacked. Colonies even sent representatives to New York to attend a special meeting, called The Stamp Act Congress, where a declaration was made that parliament had no right to pass taxes because they are not represented there.

As a result, the British parliament repealed the act, in 1766.

To assert control over the colonies, Great Britain again passed several new taxes, including a tax on lead, glass, tea, and paper. To enforce these taxes, they asked for the help of military troops. These troops further outraged the colonists. In 1770, in Boston, a group of colonists was taunting and throwing snowballs at military soldiers.

In retaliation, the troop opened fired and killed four Bostonians. The event spread quickly through newspapers and became known as the Boston Massacre. This further angered colonists. Again Great Britain came under pressure to repeal all the new taxes. To send the message that they were still in charge, they did not change the tax on tea but abolished others.

The tea business in the Americas was greatly affected by the tax. British tea companies were exempted from the tax and could sell tea at cheaper rates, and made it difficult for companies based in the Americas to do business.

In protest, certain individuals dumped an entire load of tea from a cargo ship into the Boston Harbor waters. This event came to be known as the Boston Tea Party.

In response, Great Britain passed new laws to limit the freedom of colonists. The Boston Harbor was closed, and the pressure was made to recover the cost of tea dumped from the colonists. Furthermore, now permission was required to hold public meetings. The laws came to be known as the Intolerable Acts.

Colonies in the Americas knew that they had to take aggressive steps to protect themselves. On September 5, 1774, delegates from 13 colonies met in Philadelphia to debate the issues of rights of the colonies. For the first time in history, these colonies worked as a united group. It was called the First Continental Congress.

– British parliament did not have the right to pass laws for the colonies,

– British parliament could only regulate trade between the colonies and Great Britain.

– Resolved that they would cease importing any goods from Britain by December of the same year, and

– would stop exporting goods to Great Britain by September of the following year.

The Shot Heard Around the World

In April 1775, the possibility of war with Great Britain created tensions in the colonies. The colonies started raising armies to defend themselves. Inhabitants of the Boston were suffering more than any of the other colonists because of the closing down of the Boston Harbor by Great Britain in response to the Boston Tea Party.

People in Boston lost their jobs. Besides, Bostonians were forced to let British troops live in their homes, therefore, making the lives of the colonists in Boston very difficult.

Tensions in Boston rose. Orders were passed in Great Britain to take hold of ammunitions and weapons that the colonists of Boston were stocking. British soldiers had the best weaponry and were the best trained military force. They had little doubt that they would face any difficulty in dealing with Bostonians.

To tackle the situation, people in Boston formed a group of soldiers called Minutemen. These Minutemen were ordinary people who could respond at a minute’s notice.

When the time came, the Minutemen were called to face the British troops. During their stand-off, someone fired a shot. From which side the shot fired or who fired the shot, nobody knows. But this shot came to be known as the shot heard around the world.

As the British troops advanced, a shout came – “The Redcoats are coming”. The shout was a warning to the colonists to get the Minuteman in place. These Minutemen who stood behind buildings and trees could easily defeat the British soldiers who were marching in the open.

This defeat humiliated Britain as much as it energized the colonists, giving them a possibility to win against their military.

In May 1775, discussions were held in the Second Continental Congress. The radicals, led by John Adams, felt that the war was inevitable with Great Britain. But to avoid it, a resolution, known as the Olive Branch Petition, was passed.

The petition sent to King George III also mentioned the wrongdoings and the unfair trading practices against the colonies. It also stated that they had no desire for the war or to become independent. They asked the king to correct the wrongs.

King George III refused to read the petition and declared the colonies rebelled against the crown.

In Jan 1776, a pamphlet came out titled Common Sense that stated the reasons for colonies to part with Great Britain to become independent. It was read throughout the colonies as it got distributed widely. It convinced and changed even the minds of people who were holding on to the hope of resolving the conflict with Britain.

The Declaration of Independence

The Declaration of Independence stated

– the responsibility of the government to the people

– right of people to rebel if power is abused

– a detailed account of wrongs committed against the colonies

– right of colonies to be separate independent states

General George Washington was appointed as the commander by the Continental Congress. Though colonies were not equipped with powerful military force, under the leadership of their commander, American soldiers held out.

Year after year, the war continued. When Americans began to win important battles, French and Spain, who lost their territories to Great Britain, began sending aid to the colonies.

In August 1781, the British were forced to surrender in Virginia.

The Articles of Confederation

After independence in 1781, the Articles of Confederation was established by the Continental Congress. The articles stated:

– colonies to act as an independent state

– colonies had the right to make laws within their territories

– central government could not pass taxes nor could raise an army

As a result, the new nation accumulated debt which it could not pay off.

The Constitution of the United States

The problems with the Articles of Confederation were debated upon. Rather than rewriting the articles, a new constitution was created to form a new central government, thus forming the United States of America.

To protect the citizens, the new federal government divided the power equally between three branches of government – Judiciary, Executive, and Legislature. The system of check and balance was put into place so that no position could become more powerful.

To ensure that people were treated fairly, certain rights were guaranteed in the constitution. After the signing of the constitution, more freedom was given to the people of the United States by adding the ten amendments called the Bill of Rights.

Excellent article! We will be linking to this particularly great post on our site. Keep up the good writing. Mallorie Cobbie Littell

Hello. excellent job. I did not imagine this. This is a great story. Thanks!