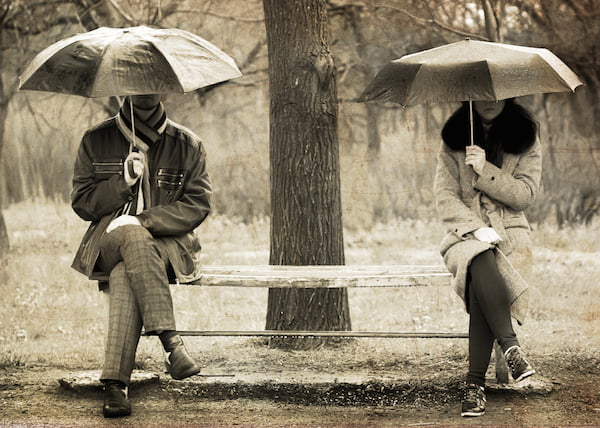 The tension between geopolitical powers (cold war): How, When and Why?

After World War 2, the world experienced tension between two superpowers i.e USSR and USA, mainly because of ideological differences. To establish their clout, each superpower tried to spread and impose its ideology on countries which were still trying to chart out their course of action.

Afghanistan has always been a strategically important location. It further connects three locations i.e Central Asia, South Asia and West Asia. Afghanistan was a monarchy in 1979. Monarchy was supported by USA. Communist minded people in Afghanistan tried to overthrow the monarchy. As a result, communists were put behind bars (kind of by the US) thereby triggering its neighbouring country USSR to send its forces to Afghanistan.

A proxy war was started through mujahideen by the US. US started giving training to jihadis living in countries like Saudi Arabia, Yemen, Sudan, Ethiopia, Algeria, Egypt. Mujahideen were then sent to Afghanistan to fight USSR forces. For 10 years they fought with them. They started changing Afghanistan society from the south by pushing USSR forces to the north.

In 1989, USSR forces withdrew from Afghanistan. USSR economy could not bear the military expenditure and as a consequence got engulfed in political crisis. To bring USSR out of its shackles of misery, Mikhail Gorbachev pursued glasnost (democratisation) and perestroika (financial restructuring) reforms. In 1991 USSR disintegrated culminating cold war.

Till the end of the cold war, major incidences in international politics were influenced directly or indirectly by relations between the US and USSR. In 1991, with the disintegration of USSR, major changes took place.

During the cold war, US trained mujahideen to fight Soviet forces. With the withdrawal of USSR forces from Afghanistan, these mujahideen were rendered without any political motive. These people were trained militants and had a good stock of arms and ammunitions.

Some militants under AL-QAEDA leadership of Osama Bin Laden started carrying out anti-US and anti-west activities due to the following reasons:

These motivations triggered emotional sentiments of terrorist groups. As a result, Al-Qaeda activities against US took the form of crusade.

Gulf War 1991 – Iraq under the leadership of Saddam Hussein gained aspiration of becoming regional hegemony with Hussein spearheading socio-economic reforms in the country. He also became ambitious to control oil reserves not only of Iraq but also of adjacent areas under Iran and Kuwait. He also wanted wider access to the Persian Gulf by capturing certain territories of Iran and Kuwait. So Iraq invaded Kuwait for oil reserves.

Why US got involved in the First Gulf War?

– fear of losing oil resources of Kuwait which US-dominated

– Rise of Iraq in West Asia under Saddam Hussein who was a nationalist leader and denied US hegemony. It was a cause of concern for US as well as challenge to US dominance in West Asia.

– Iraq invasion of Kuwait also endangered the oil resources of Saudi Arabia because of their geographical proximity to Kuwait.

– Iraq was also becoming a challenge to Sunni leadership of Saudi Arabia. US influence over Sunnis through Saudi Arabia was also in danger

Therefore, the war started between Iraq and Kuwait (supported by Saudi and US forces). Before starting of the war Osama Bin Laden strongly condemned Saudi resorting help of US and the presence of US foreign forces over their land of Saudi for a long period of time. Not only this, he offered his militant support to Saudi forces but was quickly rejected by the Saudi government.

Osama Bin Laden belonged to a rich family and thus could provide strong financial backing to Al-qaeda. This rejection made Al-qaeda anti-US.

After war ended, Osama Bin Laden demanded that US forces to leave Saudi land immediately which also did not happen. This strengthened anti-US sentiments further and from there onwards Al-qaeda started targeting US e.g in 1990s Al-qaeda carried out terrorist activities against US.

During this time desperate calls were starting making rounds in the international arena for cooperation on anti-terrorism.