Popular
What is China’s ‘Wolf Warrior’ Diplomacy?
Latest on Tunisia and Arab Spring
What are VPNs, and why are they in the news always?
Few terms coming up in focus to understand the troubled global economy
U.S. Fed interest rate hike and its impact on India
Dispute between Armenia and Azerbaijan – The past and the present
Why are special drawing rights (SDR) in the news always?
The world faces a growing stagflationary storm
What is and Why De-Dollarisation?
International Energy Agency (IEA)
Economy 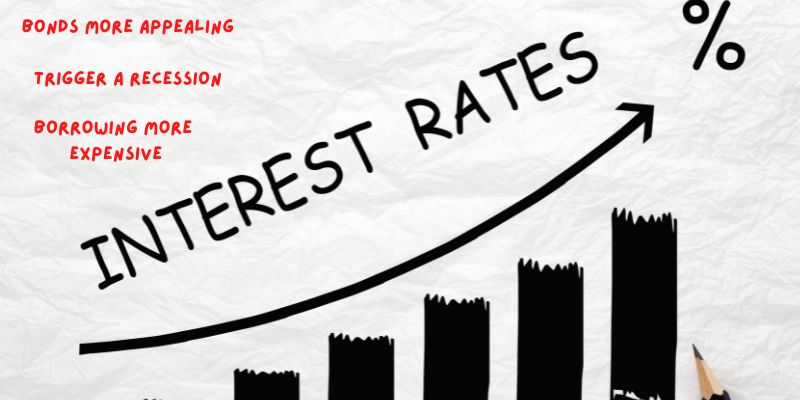 The Federal Reserve of the United States announced the most aggressive interest rate hike in nearly 30 years, raising the benchmark borrowing rate by 0.75 percentage points.

Basics: Rising interest rates will make U.S. bonds more appealing, causing investors/citizens to invest in them rather than spend. Borrowing will also become more expensive, which will keep inflation in check. In addition, FII from emerging markets may withdraw funds and invest in U.S. bonds. This will strengthen the U.S. dollar against other currencies.

1. When the Fed raises its policy rates, the difference between the interest rates of the two countries narrows, thus, making countries such as India less attractive for the currency carry trade.

2. Higher returns in the U.S. debt markets may also lead to the flight of foreign investors from India.

3. It could weaken the Indian currency vis a vis U.S. Dollars.

4. The Fed rate hike will have a direct impact on the rupee and gold. When the dollar gains in value, the rupee value also drops, and so gold bought in rupees will be more expensive. Moreover, gold is considered to be a safe bet during times of uncertainty. So, more people will look to diversify their money and not park their money in bank deposits. This will lead to a hike in the gold price.

5. When interest rates are raised, the cost of borrowing rises. Banks will have to pay more to borrow money, but they will charge individuals and businesses more interest. As a result, mortgage rates will rise, and fewer people will be able to purchase homes. The auto industry is in the same boat. Businesses will reduce capital expenditure and look for ways to spend less.

6. This will also spark a period of slower economic growth, resulting in layoffs.

The rate hike in the benchmark interest rates came amid record inflation in the U.S. since 1981 due to supply and demand imbalances, higher energy prices, etc.

But based on past experiences, the sudden rate tightening can trigger a recession. A recession or slowdown is a period of declining economic performance across an entire economy lasting for several months, usually two consecutive quarters of negative growth.