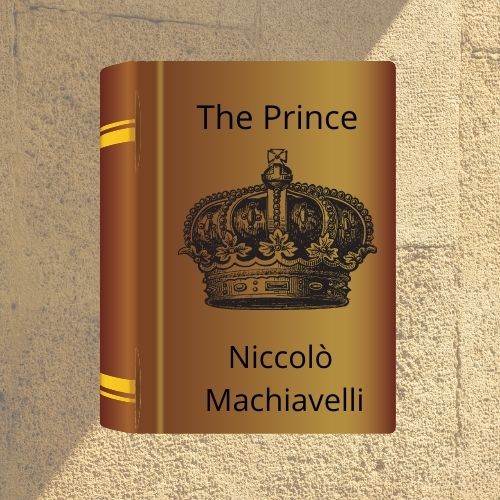 (1469-1527 AD) – Machiavelli was from Italy. He belonged to the time when Italy was divided into five principalities which were fighting against each other. Though Italy was the seat of renaissance and culturally developed, it was politically backward. Italy had no respect and was also a corrupt society.

Machiavelli felt that Roman Church was the real cause of disunity and corruption. Church had vested interests in keeping Italy divided. Hence, he became a critic of bringing religion into politics and started talking about the necessity of strict separation between Church and State.

Machiavelli’s works – “The Prince” is known as the best book ever written in the field of statecraft. Machiavelli’s Prince is not a hereditary monarch but a political entrepreneur.

In this book, he advocates how Princes can acquire and retain power. However, Machiavelli also asks Princes to go far beyond ethics, and morality. It is where the book becomes controversial.

The other book of Machiavelli is “Discourses”. In this book, Machiavelli suggests democracy as an ideal form of government, but it is desirable only where people are rational and have civic virtue. His third book is called “The Art of War”.

Machiavelli’s First suggestion to the Prince

“How we live is far remote from how we ought to live. One who sacrifices “what is” for the sake of “what ought to be” will ruin himself.”

Machiavelli advises Prince to understand the field in which he is entering. In the above statement, he is explaining the nature of the profession of politics. Plato believes that politics should be treated as a profession of goodness. However, Machiavelli’s Prince is a realist. Machiavelli warns against the temptation of looking at the things as the Prince wants them to be, but he rather emphasizes that Prince should look at the things as they are.

Politics is not ethics. It is not the profession of goodness and not an inspiring field. In politics, Prince has to interact with such people who are not good. Hence, Prince has to learn how to be bad rather than how to be good.

Politics have no relation to morals.

critical evaluation: Machiavelli is narrowly dated and narrowly located. Meaning his views are short-sighted and cannot be applied everywhere. He gives a very pessimistic view of politics, probably because of his observations of Italy of his time.

“Men are by nature ungrateful, deceitful, fickle-minded, coward and avaricious”.

For Machiavelli, being selfish and being materialistic is not a sin, it is just a fact about human nature. Prince should formulate policies or strategies based on an understanding of human nature. Since man is selfish, man is ungrateful. If his self-interest demands, he will forget the favours done by the others. Hence, he suggests prince that it is better to be feared than to be loved.

It is better to be feared than loved if you cannot be both.

He further suggests that men are deceitful by nature, they can betray the Prince. Hence, Prince should not take the loyalty of any person for granted.

Men are also fickle-minded. They easily change sides. Prince can bring this feature of man to his own advantage.

Man is fearful, insecure, and a coward. This weakness of human nature can be manipulated by the prince. Prince should ensure that people remain permanently dependent on him. A wise prince will convince people that only he can provide security to them. A wise prince will never follow a policy that makes people self-sufficient.

“Never attempt to win by force what can be won by deception.”

Machiavelli overlooks those examples in history which give the opposite picture of human nature.

Machiavelli advice to Prince on statecraft

Why does Prince need to know the use of power?

The most important basis of Prince’s authority is his ability to give security to man. Security requires Prince to establish law and order so that man can fulfill his materialistic nature. To bring security, Prince has to ensure discipline. In a situation where love or reason fails to bring discipline, Prince has to ultimately depend on force. The extreme form of force is violence.

To control the beast in man, State requires extraordinary force or violence. Principles of using force :

If an injury has to be done to a man it should be so severe that his vengeance need not be feared.

In the present context, it can be said that Prince should go for the use of smart power that includes both soft power and hard power, but soft power can not be a substitute for hard power. Soft power is never enough to force others to do what they do not want.

Prince has to be a cold-blooded man. His actions should not be guided by emotions rather purely calculated. He should not lose his temper. He should not get provoked by the enemy.

There is no avoiding war, it can only be postponed to the advantage of your enemy.

It is better to be feared than to be loved because people love at their own will, but they fear the will of the Prince. A wise Prince never does what others want him to do, but what is his will.

Machiavelli’s advice on the qualities of Prince

Prince also requires to be brave and should have physical power, courage like a lion  because he will meet such persons who are ready to eat him like wolves. In the present day, every State requires intelligence and a military to defend itself.

“The lion cannot protect himself from traps, and the fox cannot defend himself from wolves. One must therefore be a fox to recognize traps, and a lion to frighten wolves.”

Advice on the role of religion and ethics in politics

“In politics, the end justifies the means”

In politics, there is a non-conclusive debate over the priority of ends and means. Machiavelli gives priority to ends over means. If Prince can protect the national interest then whatever means he employs will be treated as just. However, if for the sake of means he sacrifices the national interest that will not be forgiven. On the other hand, Gandhi was critical of Machiavellianism. Gandhi writes that we cannot expect rose flower by sowing the seeds of the babool tree.

Machiavelli has been criticized for separating ethics from politics. However, what Machiavelli said has been the reality of politics and what Gandhi says is idealism.

It is to be noted that Machiavelli was neither immoral nor he was anti-religion. Machiavelli is known as the prophet of nationalism. What Machiavelli means to say is that nothing is superior to the national interest. Neither the ethics of Prince nor his religion should come in the path of his duty towards his nation.

Prince needs to take appropriate decisions promptly. Religion and ethics may create a situation of a dilemma for Prince. Machiavelli invents the concept of dual morality, according to which the morality of a Prince is different from the morality of the common man.

Political morality is that end justifies the means. There are no universal moral principles as far as politics is concerned. In politics, action has to be right in the given context. Hence actions may be ethically wrong but politically correct.

Other advice to Prince

Machiavelli suggests Prince to prefer the common man over nobility. A common man is more dependable because he has no aspirations for power. Common man expectations are limited. They simply want the security of their lives and possessions. However, nobles can be a threat to the Prince because they have power and ambitions.

Machiavelli’s advice on religion – Machiavelli was against the interference of the church in the State, but he was not against religion. He even understands the importance of religion in statecraft. Religion is a disciplinary force. Prince can utilize religion. He even recommends Prince to pose himself as a religious man in public even when he does not have religious affiliations. This is because people love those who respect religion.

Machiavelli supported empirical foreign policy – He was the first person to recommend that the army should be made up of nationals and should not depend upon mercenary soldiers, which was a tradition during medieval times.

On fortune – Prince may be possessing the qualities of fox and lion, followed all advice, but still, it is not necessary that the Prince will be successful in achieving his aim. There is a factor of fortune on which we have no control. When bad times come, it devastates man completely. The bad times come like torrential rain or roaring river.

What a Prince should do in bad times? Though fortune is not in man’s control, yet man can minimize the negative consequences of bad times by making prior arrangements like we build dams to control floods.

Fortune is like a woman – like women embracing brave men, fortune also embraces brave men. If Prince deals bad times with courage, Prince can turn fortune in his favour.

For Machiavelli, a form of government is related to the nature of society. If people are virtuous, republicanism is desirable.However, for Machiavelli, if people are corrupt then ruling with an iron hand is preferable i.e monarchy.

“wherever necessary monarchy, wherever possible republic; but in no condition aristocracy”

Machiavelli is known as a child of his times. He belonged to the time when feudalism was coming to an end, and capitalism was to emerge. Machiavelli is representing the psychology of capitalists. In Western Europe emerging bourgeoise class provided financial support to native princes to establish law and order that gave security to the people for industries to be established.

The first method for estimating the intelligence of a ruler is to look at the men he has around him.

Assessment of Machiavelli as a thinker

Machiavelli is among the most criticized scholar. Though, ironically, he is also the most practiced one. Machiavelli came to be associated with all that is evil in politics.

Machiavelli’s understanding seems to be partial. However, it is also true that if he is partially correct, it means that he is not entirely wrong.

Machiavelli has influenced a large number of political scholars, including Mao.

Machiavelli is concerned about motherland; he belonged to the school of realism; he supports the use of force and violence; ends justify the means; suggests an army of nationals; pessimistic view about human nature; the prince is above religion, and he sets the morality; the separation between religion and politics

For the summary of book “The Prince” – Watch the animated video below: