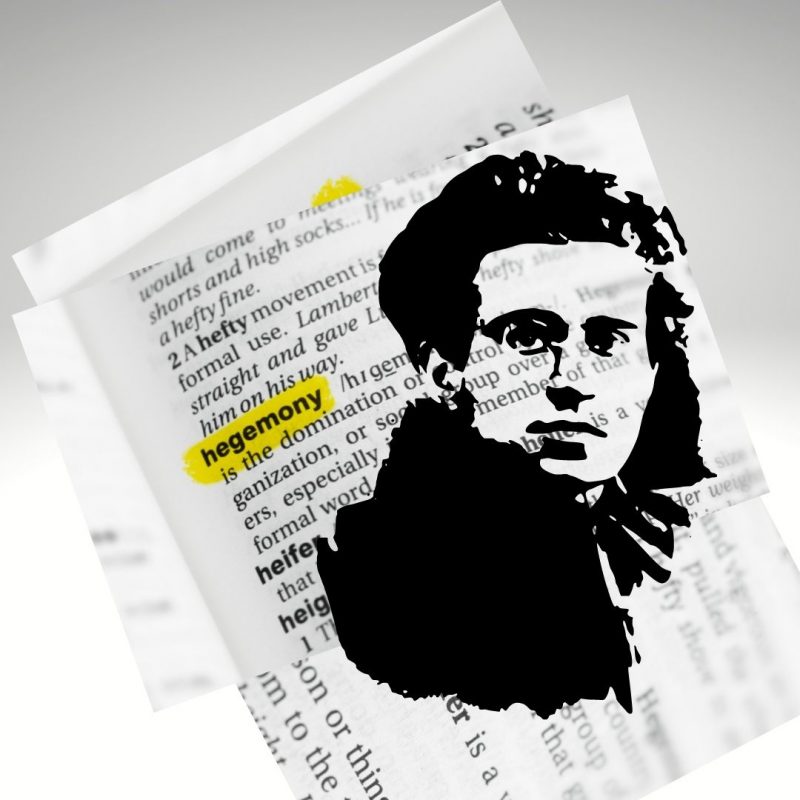 Gramsci was an Italian Marxist. He was a contemporary of Mussolini and was a founding member of the communist party of Italy. He was a member of parliament when Mussolini came to power. Considering him as a dangerous man, Mussolini put him behind bars. Despite his ill health, he was not made free. He died in prison at a young age. Gramsci’s ideas were published in 1971 in the form of prison notebooks. He was a contemporary of Gandhi. However, we cannot say that Gramsci influenced Gandhi, but we can find similarities in Gramsci’s method of struggle and Gandhi’s.

Like Lenin, he also wanted to know why advanced countries could not end capitalism and socialism has not emerged as predicted by Karl Marx. However, his analysis was more profound than that of Lenin. Lenin was primarily a political strategist, whereas Gramsci was a political strategist and the theorist that has explained the continuation of capitalism.

Capitalism: is an economic system where the private sector or business houses own property and not the State.

Communism: Private property is severely non-existent, and State owns everything and treats everyone equally.

Socialism: is an economic system that is not extreme, and individuals can still own property.

Marx –  Marx understands society in the form of a base and superstructure model. The economy is the basic structure, and other institutions like States, churches, schools, universities, media houses are part of the superstructure. Superstructures do not have their own existence. In the Marxist theory of revolution, revolution is needed only at the level of economic structure. Once the economic system is changed, other structures will change automatically.

Gramsci – Gramsci gave a three-layered conception of society. Like Marx, the economic structure is the basic structure, but unlike Marx, we cannot take the institutions of the superstructure for granted. Just because economic structure changes, it does not mean that superstructure will change automatically. Marx has ignored the role of these structures in shaping history, but they play a role in generating values in the interest of the dominant class. Dominant class rules by controlling these structures also.

Marx only says that the class that controls economic structure controls other structures. Marx underestimated superstructures and did not explain what kind of role they play. Gramsci suggests these structures generate theories – manufacturing consent in favour of capitalism, values that help maintain capitalism, and so long people do not think capitalism is bad; capitalism cannot go.

Gramsci explains his theory in the context of the rise of capitalism. We can also use this theory to understand why there is no change with respect to women’s status, especially evils like female foeticide in some countries. Just by bringing laws will not help women so long the patriarchal values do not go from society, religion, family, and other institutions. For respect, women have to fight the battle at the two levels, and the first level is at the battle for ideas at the level of culture.

We can apply the same theory to how Britishers ruled by ruling the minds first. Gandhi also believed that people could never throw the Britishers out so long we are attracted to whatever they do. Gandhi said first to end the evil, not the evil-doer.

Similarly, even if the abolition of discrimination ( or untouchability ) is present in the constitution, it does not mean it will go, so long it becomes our value that one should not treat another person in this way and become part of the culture and common sense.

USA’s hegemony exists not because it is the number one military power, but there is attraction towards USA culture.

What Marx is doing is he is killing the evil-doer without killing the evil. He is not destroying those values that are propagated by the capitalist class. So mental revolution is needed. One rules not just by force but by force of attraction.

According to Gramsci, communism has to go for a passive revolution – that is of an idea – they have to convince every person how communism is superior to capitalism. Communism has to bring change in the superstructure than change the basic structure. Marx is not talking about the necessity of cultural revolution.

According to Gramsci, hegemony generates consent in favor of capitalism. It is the impact of the hegemony of capitalism that workers want to end capitalist just because he is not a capitalist. Workers want to enjoy themselves like a capitalist. So long communism does not appeal to common sense and gets established as counter-hegemony, communism cannot come. That is to make the communist culture of the population; all the structures should be changed slowly.

Civil society is nearer to the base. It is the intermediate structure between economic structure and the political structure. Because of civil society, a State ( top layer ) appears to be autonomous ( or relatively independent ) of the base. But most of the time capitalist class maintains its influence and domination through civil society.

Civil society institutions are involved in manufacturing ideas and values that support the continuation of capitalism. Those ideas that belong to the notion of the dominant class and work in their interest are called hegemony.

Noam Chomsky – In his article “Responsibility of intellectuals” published in 1967, has analyzed the role of intellectuals which Gramsci very much influences. According to Chomsky, the general impression about intellectuals are that they possess reason; they help us understand right and wrong. They are in a position to expose the lies of the government. However, unfortunately, the historical role of intellectuals has been disappointing. As far back as we can see, intellectuals have supported the power system, justified atrocities, performed the function of apologists and propagandists for the State. Intellectuals have been the most indoctrinated sections of society. The nexus between the State and the intellectuals is evident as States have given a lot of prestige, leisure, facilities, liberty, power, and recognition.

In history, you can find the nexus between intellectuals and the ruling class. One feels the intellectual class is not motivated by appetite, but that is not the reality; instead, they are also most inspired by the appetite than the ordinary person. They look for the incentives like State giving them honor, prestige such as State making them vice-chancellor or head of some university. Intellectuals have never played the responsibilities of what they should have played.

Lenin accommodated the role of intellectuals in Marxist communist strategy. He gives the concept of the communist party led by middle-class intellectuals playing the part of the “vanguard of revolution” by raising the consciousness.

Gramsci has further enriched Lenin’s approach towards intellectuals and has given a more fundamental analysis of the role of intellectuals in liberal democracies.

Traditional Intellectuals – Gramsci explanation to decline of feudalism and rise of capitalism. Intellectuals like church fathers, philosophers, professionals like men and women of letters are the traditional intellectuals. They are the intellectuals who have their roots in pre-capitalist society and have continued in the capitalist society. They were supporters of the landed class, monarchs, and pre-capitalist dominant class. After establishing capitalists as a dominant class, they retreated and co-opted with them. They have an inter-class aura. They appeared to be neutral and independent of any social group or class. However, they are aligned with the dominant type. Their social position critically depends upon the support of to dominant class now. They are status quo and essentially conservative.

Organic Intellectuals – Some intellectual classes have emerged with capitalism class side by the side whose role is to protect them. The dominant class will always create its own organic intellectuals and are primarily the product of the educationist system. They include civil servants, managers, business leaders, journalists, teachers, scientists, lawyers, doctors. They do not belong to any specific profession. They are the main deputies of the dominant group and help the ruling class maintain its hegemony over the rest of society.

In the case of India, traditional intellectuals like Sir Syed Ahmed khan realized Britishers were emerging in power, and there was no point opposing them. So he became co-optive with them.

Britishers made a coalition with traditional intellectuals like Sir Syed Ahmed Khan, zamindars and also made organic intellectuals like civil servants. So this entire group was in favor of the British Raj and its continuation in India. These intellectuals define the parameter of public discourse, common sense, neutralize and co-opt radical grievances and protests.

For a successful communist revolution, the working class must analyze how the capitalist class maintains its dominance. In this context, Gramsci gives one term called historical bloc.

In other words, make a coalition of all those groups who are also at a disadvantage. The idea is to give a big picture for a big cause and establish a political order involving many stakeholders. It is how to present things so that others become your followers. This way, people consider the rightness of your cause and would see you are not working for your interest.

But organic intellectuals will not come to your side because their existence and dependence depend on the current situation.

What is Gramsci’s advice?

Working classes are also required to develop or possess their own organic intellectuals who can create counter-hegemony. Gramsci also suggests the working classes win over the sections of traditional intellectuals to the extent possible to their side. One can do it by communicating the rightness of their cause. Gramsci suggests working classes have first to fight the battle for ideas, capture civil society and establish their counter-hegemony. Gramsci calls this war the war of position. Once a war of position is won, workers can go for a frontal attack or direct attack to capture the State, which he calls a war of maneuver.

For article on Karl Marx – Here