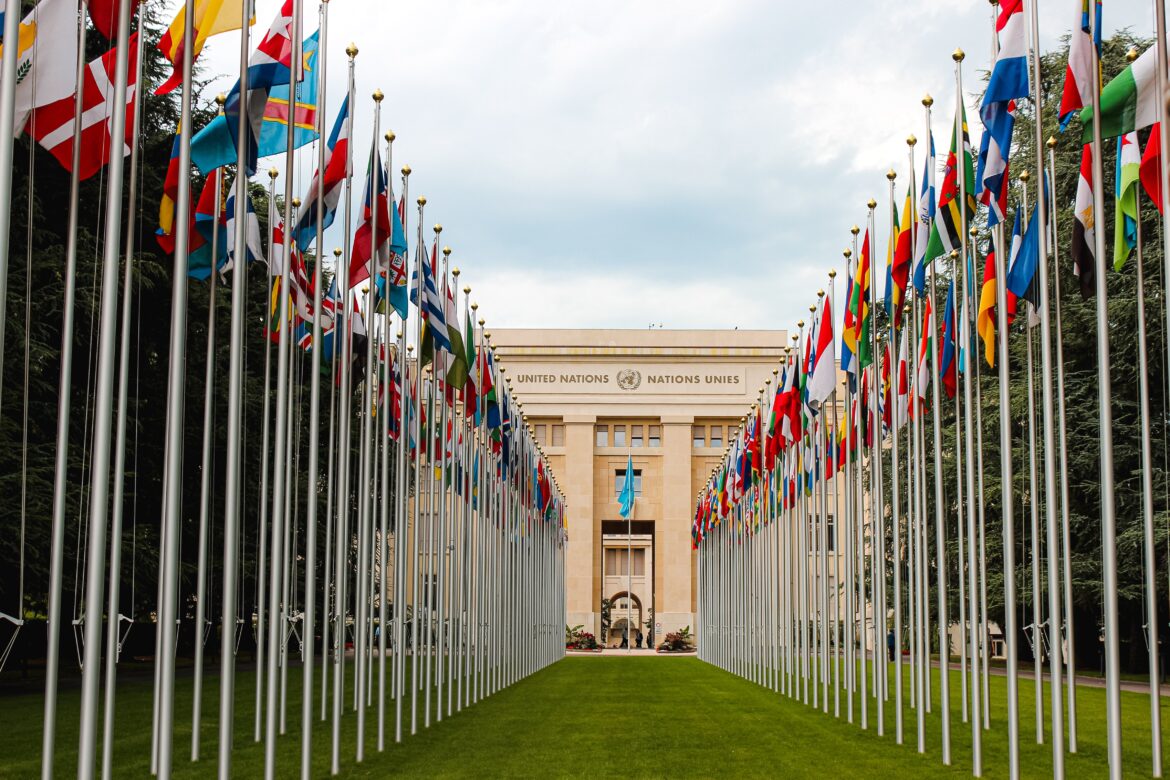 404
Photo by Mat Reding from Unsplash

United Nations emerged after the experience of the failure of the League of Nations and the destruction caused by World War II. It was the brainchild of the United States President Roosevelt. United Nations was to be the key institution in the architecture of the new world order visualized by the president. The prime objectives of the UN have been –

– To save succeeding generations from the curse of war

– Strengthen the condition under which Justice prevails, and respect for international law is maintained.

As mentioned in the preamble, the UN Charter looks at peace not directly as the absence of war but the presence of those conditions which promote respect for human rights and development.

We can evaluate the record of the UN based on the achievement of its core objectives.

Views of Scholars on UN

There is a difference of opinion among scholars concerning the role the UN has played and its relevance.

One scholar puts the question mark on the UN’s ability to deliver national security, human security, and human dignity. In his words, no other organization embodies as many dreams yet so much frustration as the UN. Still, he believes that the UN is an important organization. If we ever close the UN, we have no other option but to re-invent the body like it. As per other scholars, the UN was not created to bring us to heaven but to save us from hell.

One scholarly article mentions – the UN is not broken yet in trouble. If it has many strengths, it has many weaknesses. The world needs the UN that not deliberates but delivers. If it becomes like any other NGO, then there is no escape from the law of jungle.

A professor from Columbia University takes an optimistic view. According to him, the UN is not only the most relevant political innovation of the 20th century but also the best bargain on the planet. However, if it has to be relevant, it has to be upgraded in three ways – increase fundings, reforms of UNSC, and improvement in internal governance.

Indeed, the United Nations could not perform its role as expected, but it is not the failure of the UN as much as it is the failure of those who are running the institution. Throughout the cold war, it could not work because of the superpower rivalry. After the end of the cold war, the organization got marginalized because of the unilateral attitude of a single superpower. Still, we can say that situation would have been worse had the UN not been existing.

We can mention the views of the UN president Truman which he expressed on the occasion of the creation of the United Nations. UN is the creation of member states, and it is malleable to their wishes. If they wish, it will succeed, or else it will become a relic of the past.

For more information on international organisations around the world – click here

q1. Why the need for UN reforms?

We are living in an age where we need to have an institution of global governance. At present UN is suffering from a crisis of legitimacy. Either UN is not able to take any action, or when it takes action it becomes controversial. Legitimacy gets questioned for various reasons. Some of the principles and provisions of the UN Charter has become outdated. Security Council, which is the nucleus of the UN system, lacks representativeness and does not exhibit geopolitical realities of the present time. Moreover, the functioning of the UN institution is not transparent. There is a lack of funds. Also, the UN bureaucracy is dominated by western countries.

q2. How to bring the reforms?

q3. What are the main reforms?

To reform principles of UN Charter – Principles of UN are based on Westphalian world order which treats sovereignty of the state as a sacred principle. The UN has no right to interfere in the domestic affairs of states. But in the post-cold war world order, the majority of conflicts are intra- state. Hence, there is a need for intervention by the international community. Secondly, the UN Charter still mentions the term enemy states. The present situation has changed. Today, Germany and Japan are the major contenders for a permanent seat in UNSC.

As far General Assembly is concerned, no major change is required except UNGA should be given the power to override power used by permanent five members.

The organ of the Trusteeship council has completed its task. It should be abolished or should be given a new mandate e.g the administration of “global commons” like Antarctica, space, High seas, etc.

The economic and social council – There is a need to streamline different agencies associated with it to avoid overlapping of functions and wastage of funds.

The UN Secretariat – There is a need to right-size the bureaucracy, bring transparency in the functioning. Presently, dominated by persons from western countries, there is a need for more representation from the countries of the south in UN bureaucracy.

United Nations Security Council is the only body of the UN that has teeth to bite. It needs veto reforms, membership, and internal functioning reforms.

UN Peacekeeping force sent to manage internal transitions and civil wars. Peacekeeping is becoming challenging because, in intrastate conflicts, it is difficult to identify the enemy. States do follow the code of conduct, but many non-state actors have attacked the peacekeepers. The reforms on the training of peacekeepers to the scarcity of resources need to address.

Nothing can happen in the United Nations without the consent of five permanent members of the UNSC.

The Security Council consists of fifteen members. Russia, the United Kingdom, France, China, and the United States—serve as the body’s five permanent members with veto power.

The rest of the ten members of the Security Council are non-permanent elected to serve for two-year.

India is one of the largest constant contributor of troops to United Nations Peacekeeping missions.

The United Nations General Assembly is the principal organ in which all member nations have equal representation with policy-making functionality.