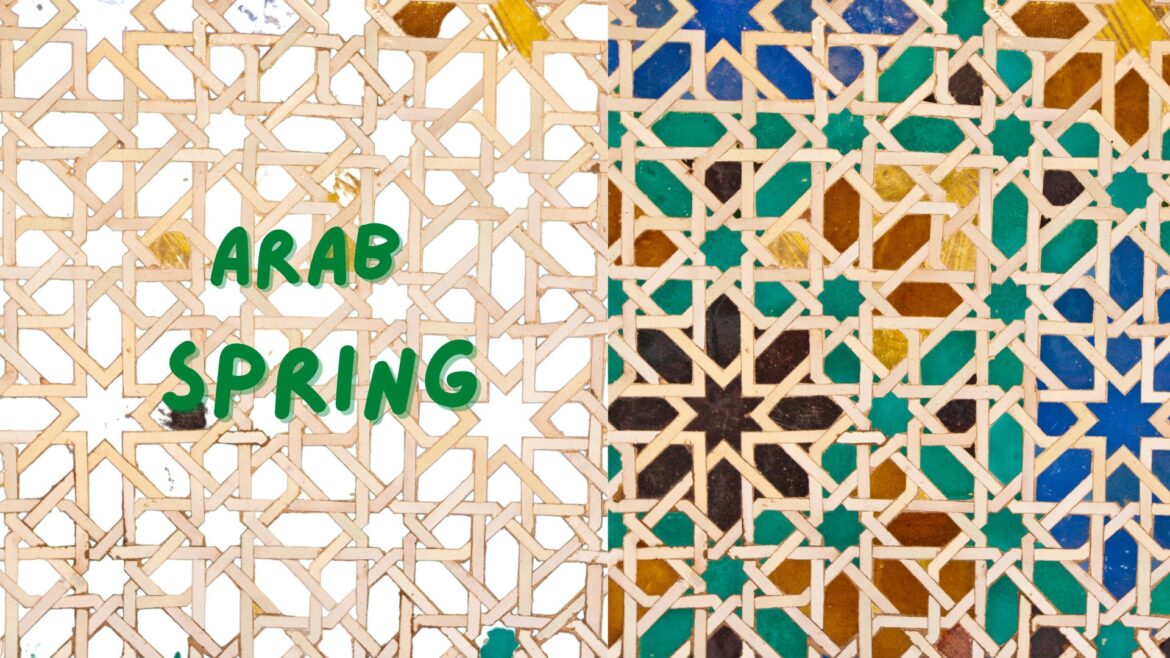 What is Arab Spring? Arab Spring was a series of pro-democracy uprisings that engulfed several countries, including Tunisia, Morocco, Syria, Libya, Egypt, and Bahrain. Events in these nations generally began in the spring of 2011, which led to the name. The aim of the rise of the movement was to protest against unfair governmental rule and demand to reinstate the fundamental rights of the people.

The political crisis in Tunisia explained

The Arab Spring protests began in Tunisia following Mohamed Bouazizi’s self-immolation on 18 December 2010 in protest of police corruption and ill-treatment.

The 2014 Constitution established a mixed parliamentary and presidential system. The voters directly elected both the President and Parliament. The President was to oversee the military and foreign affairs, while the Prime Minister, elected with the support of a majority of lawmakers, was in charge of day-to-day governance.

The Islamist Ennahda party, which has ideological ties to the pan-Islamist Muslim Brotherhood movement, emerged as the country’s main political force in democratic elections, upsetting the secular sections.

The polity remained fractious. In fact, the country had nine governments between 2011 and 2021. Its economy was already in bad shape, and the COVID-19 pandemic made it worse.

Tunisia has one of the highest COVID death rates per capita in the world. Protests against the government erupted in July of last year amid an escalating economic and healthcare crisis. Protesters stormed the offices of the ruling Ennahda party.

As the unrest grew, President Mr. Saied moved in, dismissed Ennahda-backed Prime Minister Hichem Mechich, and suspended Parliament, throwing the country into a constitutional crisis. Such crises should be resolved by a constitutional court, according to the 2014 Constitution, but the court had not yet been formed.

This gave the President a free hand to rule the country through decrees. Earlier this year, he declared a state of emergency and appointed a Prime Minister to run the government, all while attempting to rewrite the Constitution to give himself more powers.

What are the key differences in the new Constitution?

Mr. Saied expressed concerns about the country’s post-revolutionary parliamentary system in March 2021, less than two years after winning the presidential election. According to him, the new Constitution would protect the 2011 revolution’s values of bread, freedom, and dignity.

While it retains most of the personal freedoms guaranteed by the 2014 Constitution, the new charter seeks to return the country to a presidential system, undermining Parliament’s powers. The President will have the ultimate authority to form a government, appoint Ministers (without the approval of Parliament), appoint judges, and present legislation to the legislature directly. It would also make it nearly impossible for lawmakers to impeach the President.

Over the past year, President Saied has sacked many judges, tightened his grip over the judiciary, and taken control of the country’s election body, the Supreme Independent Elections Commission (ISIE). Previously, Parliament appointed the ISIE’s nine members. The President can now appoint the members directly. He has made it clear how he intends to rule the country.

According to the Geneva-based International Commission of Jurists, the new Constitution lacks essential checks on presidential powers and “would return Tunisia to an autocratic constitutional order.”

Is the revolution undone?

In Tunisia, the Parliamentary system’s failure to address the country’s problems set the stage for the presidential power grab.

Tunisian voters approved a new Constitution in July 2022 that would return the country to a presidential system, formalizing President Kais Saied’s one-man rule after he suspended the elected Parliament and granted himself more powers last year.

Mr. Saied has clearly won, and he can now claim legitimacy for his one-man rule. But the low turnout and the boycott of the vote by most political parties that have substantial influence among the public show that Mr. Saied is still on a slippery slope.

While Mr. Saied has praised the outcome, his critics have warned that the new Constitution will undo any democratic gains Tunisia has made since the 2011 Arab Spring (Jasmine) revolution and return the country to authoritarianism.

Tunisia fared well in its transition when compared to other Arab Spring-affected countries. However, the country’s continued political turmoil suggests that it has yet to recover from the post-revolutionary chaos. Even with a new Constitution, Mr. Saied may find it difficult to mobilize power with a battered economy and a fractured polity.