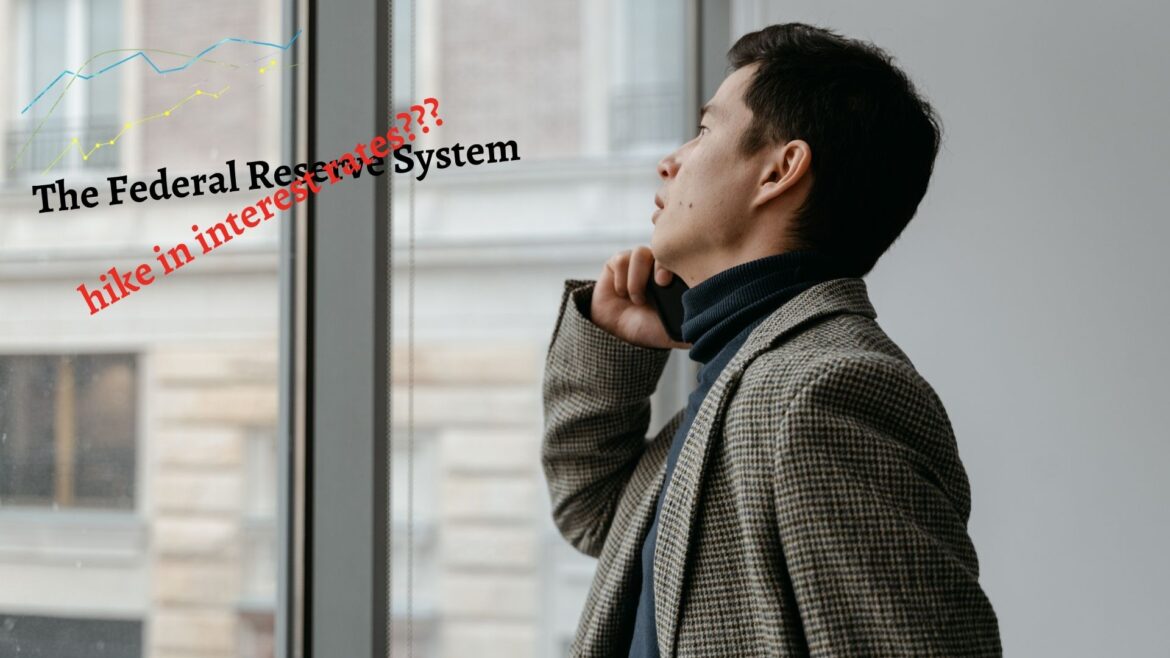 Why does the Fed cut interest rates when the economy begins to struggle—or raise them when it is booming?  In the aftermath of the 2008 Financial Crisis, the Federal Reserve (central bank of the U.S.) reduced interest rates to zero. The idea was to increase investments and consumer spending and pull the American economy out of recession. But how?

The theory is that by lowering interest rates, borrowing becomes easier, which prompts companies to borrow, hire more people, and increase production. The logic works in reverse too. As interest rates rise, people are less likely to borrow or refinance existing debts because it is more expensive to do so.

The central bank cut rates to close to zero when the coronavirus pandemic hit the U.S. in March 2020. Now the U.S. job market is nearly healthy enough that the central bank’s low-interest-rate policies are no longer needed, Federal Reserve officials concluded. The United States also faces high inflation as a result of post pandemic recovery, which means that the prices people pay for goods and services continue to rise. Now higher interests will also keep a check on rising inflation by decreasing the money supply in the market as more cash will be held in bank accounts and less will be spent. It will lower money supply which will lead to lesser demand for goods in the market. Lower demand for goods will make them cheaper, lowering inflation.

Therefore, the U.S. Federal Reserve has signalled a possible hike in interest rates. Higher interest rates that will further decrease the money supply as lending and credit markets contract. From bank loans to mortgages, it will become more expensive to borrow. Hence, an increase in the cost of capital can hinder consumption, manufacturing, and production.

Rising interest rates will strengthen the U.S. dollar, making it more expensive for emerging market countries that have borrowed heavily in the currency to service their debts. Read below to understand fully how this happens.

Emerging economies such as India tend to have higher inflation (due to rapid economic growth) and higher interest rates than those in developed countries such as the United States and many of the (primarily Western) European nations. As a result, financial institutions would prefer to borrow money in the U.S. at low-interest rates in dollar terms and then invest that money in government bonds of emerging countries such as India in local currency terms to earn a higher rate of interest.

When the U.S. Federal raises its domestic interest rates, the difference between the interest rates of the two countries decreases. It makes emerging economies less attractive, and, consequently, some of the money may be expected to move out of the markets and flow back to the U.S. Also, Treasury bonds (bonds issued by the USA government) are considered a risk-free asset. With interest rates expected to increase, it causes global investors to park their money in the U.S. Therefore decreasing the value of developing country’s currency against the U.S. dollar. Ultimately, this can harm exchange rates and exports, along with employment levels in developing nations.

The Commodities Market is also affected. Oil, gold, cotton and other global commodities are priced in U.S. dollars, and a strong currency following a rate increase would increase the price of commodities for non-dollar holders.

What are bond yields? As companies/governments issue bonds, an investor buys and in turn, companies/governments raise money/or capital to carry on their activities. They pay a fixed interest to the bondholders, popularly known as the coupon rate. The coupon rate is declared upfront and remains fixed until maturity. Upon maturity, bondholders get their invested money back.

Bondholders are essentially lending money to the bond issuers. In return, bond investors receive their principal—initial investment—back when the bonds mature and also receives periodic interest payments. The second way a bondholder can earn income from holding a bond is by selling it on the secondary market (exchanges). If a bondholder sells the bond before maturity, there’s potential to gain on the sale. Like shares, bonds can increase in value. The returns bondholders get on trading bonds are called bond yields.

The bond yield will depend on the bond’s price if purchased/sold from the secondary market (exchanges). Basically, a bond yield is a return an investor realises on that bond after being traded on exchanges. Like other securities, their prices rise and fall with supply and demand.

For example, if the coupon rate of a 10-year bond of the face value of $1,000 is 6 per cent, the company/government will pay interest of $60 every year for the investment period of 10 years. If the bond price with the face value of $1,000 falls to $600 in the secondary market, it will still fetch the interest of $60 per year per bond, resulting in an increase in yield to 10 per cent for the bondholder.

So, what makes bond prices move? Several things, but a key one is prevailing interest rates. And this is the second cardinal rule to remember about bonds: When interest rates are low, bond prices increase—because investors seek a better return. Say the Federal Reserve slashes the federal funds rate from 3% to 1% (interest rate). If there’s a bond trading on the market that’s paying 4%, that’s suddenly going to be a lot, and everyone’s going to want it. So, due to supply and demand, its price will go up. And because one is paying more for it, its yield becomes less—the increased demand for the bond results in rising prices—and falling yields.

The situation is reversed when interest rates rise. When the risk-free rate of return (like what you find in U.S. Treasury bonds and bills) rises, money moves from financial assets to the safety of guaranteed returns. For example, if the interest rate increases from 2% to 4%, a bond yielding 5% on exchange would become less attractive. The extra yield would not be worth taking on the risk. Demand for the tradeable bond would decline, and the yield would rise.

Indian banks, particularly public sector banks, are among the country’s major bondholders. Bond losses are a key issue for banks since rising interest rates cause bond values to decline (or yield increase), resulting in losses that the banks must book. It might lower bank earnings. Therefore, the banks are expected to raise the rates paid out on deposits to keep them attractive. To compensate for that, they are forced to raise the lending rates to maintain their interest rate spread.

Thus, companies may be forced to borrow at higher rates of interest, which will impact their projects and ultimately on the profits.

A rise in bond yields will put pressure on interest rates in the banking system, leading to a hike in lending rates.

Whenever the bond yield increases, investors prefer to withdraw from equities and look at investing in U.S. bonds. It raises the cost of capital for companies, which, in turn, affects their stock valuations. Hence, stock markets worldwide are seeing some impact of increasing bond yields.

Impact On Export and Forex

Taking an example of India – India is one of the largest crude oil importers in the world. A weaker rupee vis-à-vis a dollar results in more expensive imports of crude oil that may result in inflationary push across the whole economy, especially in sectors that are highly sensitive to crude oil price movements.

In contrast, India’s exports, particularly I.T. and IT-enabled services, will benefit to some extent from a stronger dollar relative to the rupee. They are paid in dollars for their services, and as the dollar strengthens against the domestic currency, they profit more. However, due to intense competition in the export market, the same benefit may not be fully realised by exporters.

Know Your Wine – The Ultimate Basic Guide For All