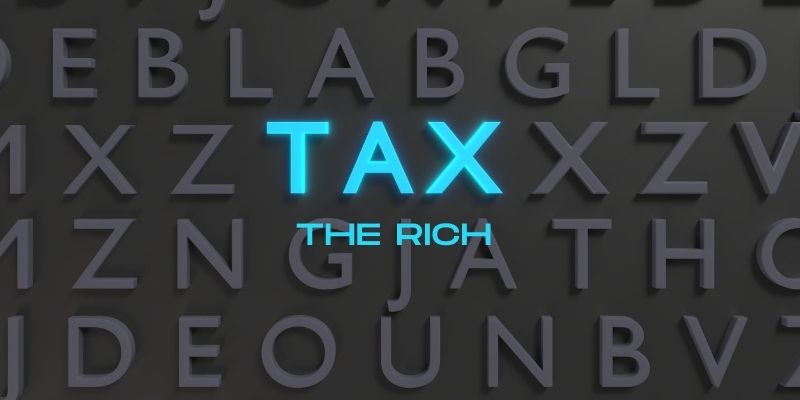 Due to the rise in inequality, there is frustration in the air that the very wealthy don’t seem to be paying their fair share of taxes. The inequalities became starker during the pandemic when the ultra-rich only became richer while many struggled to stay afloat.

Taxing the rich can be understood in three ways. Taxing people who have a very high income, taxing the capital income, or taxing the stock of wealth of very rich directly.

In the United States, as of now, wealth is not taxed directly. What is taxed is labour income and capital income. One major hurdle is to collect data on the wealth of citizens. If we consider Norway, they have a wealth tax, and it is based on the massive amount of data collected and researched. But it seems it is not an easy task to achieve in countries like the USA.

How to effectively measure wealth?

Readily available market value data of this form of wealth is not available on which wealth tax might be based. If such a tax is even imposed, businesses owners may take action and artificially lower the value of their wealth. Wealth is hard to measure.

Also, bringing about such tax reforms is rare because ultra-rich people do not benefit and will try to block such initiatives.

But whatif we succeed in reforming the income tax code that is already in use? Then, the infrastructure needed to measure wealth tax is missing. It will take time, and meantime wealthy individuals will know what’s coming their way and will get time to move their wealth out of the country. [ Business owners can quickly relocate their business or financial wealth to other countries that do not tax wealth ].

What do billionaires do in the USA? They don’t take salaries because people have to pay ordinary income taxes, which are higher than the capital gains taxes they pay when they sell stock. So super-rich often earns in company stock, not salaries. Also, when they need money, wealthy people borrow money against their holdings instead of selling stock. They usually don’t sell their holdings unless they have to. In totality, one does not have to pay tax until one sells the stock.

In fact, they often pass their holdings on to their heirs, who can also hold onto the stock without paying capital gains tax.

Then change the tax rate within the tax system already in place. So are we taxing the rich? The experts argue that while some rich people may see their taxes go up, the wealthiest will experience less impact.

Many oppose taxing the super-rich. Critics argue that the government should not vilify them as they create a lot of jobs and a lot of money and do a lot of philanthropic work. Another issue is that since the tax is paid on assets and not income, it means if one owns shares worth millions but doesn’t make any money off them, they still have to pay the tax.

Take an example of a developing country like India. The government taxes incomes (salaries) quite heavily, and at the same time, there is massive inequality in the distribution of wealth. Considerable wealth is acquired in inheritance, and India does not tax the inherited wealth. India also has no wealth tax — whether financial or real estate. Indian states levy a small property tax in urban areas with exemptions.

But the million-dollar question is, How?

Wealth — real estate, business investments and financial assets — Small proportion of wealthy households earn most of their income from their wealth.

In Greek mythology, Pandora came across a jar that she was told not to open, but curiosity overcame her, and she opened it anyway and released all the troubles into the world. The International Consortium of Investigative Journalists (ICIJ) is a Washington based non-profit organisation that literally opened a big Pandora’s Box after releasing its first report on Pandora Papers in October 2021 titled ‘Offshore Havens and Hidden Riches of World Leaders and Billionaires Exposed in Unprecedented Leak’.

The ICIJ collaborated with journalists and news outlets globally to put together the Pandora Papers. It had released investigative reports earlier — the Panama Papers in 2016 and the Paradise Papers in 2017.

In pursuit of Tax Justice, the Pandora Papers revelations are primarily about wealthy residents who create legal structures offshore to hold their assets for two purposes — keeping the assets in secretive places and avoiding tax on the wealth and income from there. This has brought the concept of tax justice into the limelight as well as why eliminating tax abuse and tax havens should be seen as a human rights issue. Tax justice simply means that the tax should be paid by those from whom it is due, and that too equitably.

A tax haven is a country that has a politically and economically stable environment and offers foreign individuals and businesses little or no tax liability. There is minimal information reporting and generally do not require business presence or residency for individuals (and businesses) to benefit from their tax policies.

The 2022 World Inequality Report (WIR) studies financial data to find out how a country’s (and the world’s) income and wealth are distributed.

Studying inequalities is necessary? In most democracies, the wealthy transform their economic power into political power. Therefore, the higher the inequality, the greater are the chances that an affluent minority could end up determining the fate of the majority.

Global wealth distribution is worse than income. While the poorest 50% own just 2% of the global wealth, the richest 10% own 76%.

Countries are growing richer, but governments are becoming poorer. The share of private wealth in national wealth was rising, while that of public wealth (buildings, universities, roads, hospitals etc.) was shrinking.

The report says inequality and poverty are not inevitable but mainly the effect of policy choices. It recommends wealth taxes on the ultra-rich, and a robust redistribution as the right kind of policies could arrest, if not reverse, the current trend of rising inequality. The report suggested levying a modest progressive wealth tax on multimillionaires, which itself can generate significant revenues for governments.

This Is The Ultimate Sci-fi Movie. Seen It Yet?