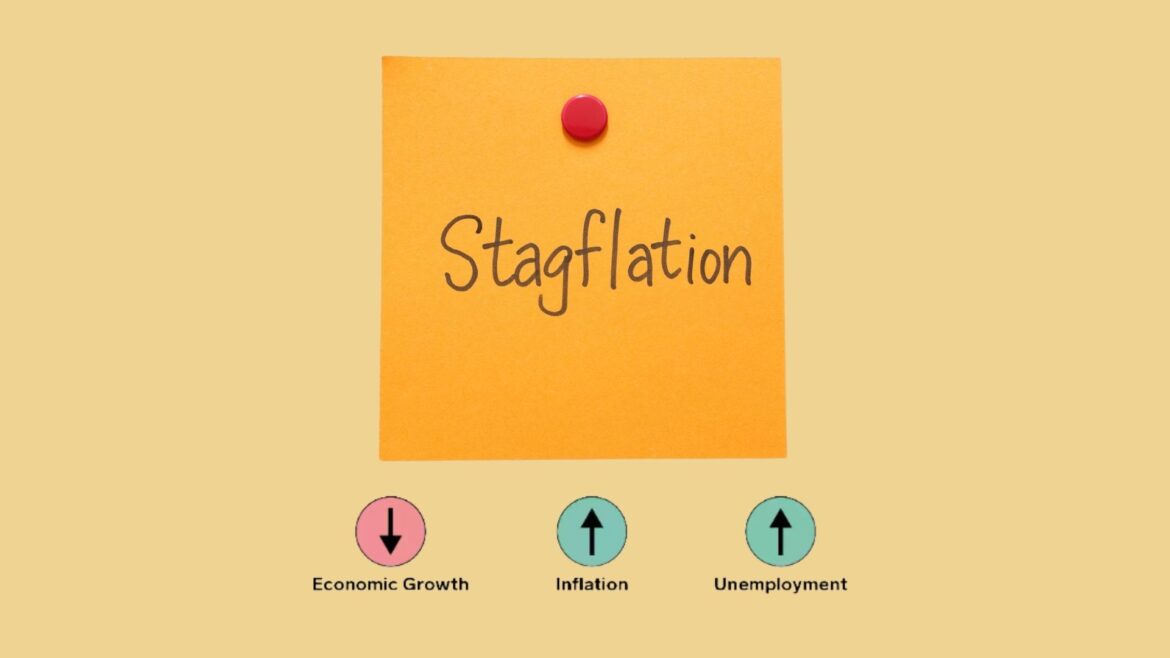 When economic activity slows, demand for goods and services falls; when demand falls, the manufacturer’s profit declines. Unemployment increases. But prices are low, and so is inflation.

Therefore, slow economic growth is expected to increase unemployment but should not result in rising prices (inflation).

But stagflation refers to slow growth and high unemployment along with high inflation. This is a rare economic situation.

Stagflation can result when the economy faces a supply shock, for example, a rapid rise in oil prices. In such a situation, prices increase, making production costlier and less profitable, thus slowing economic growth.

For households, stagflation means people are earning less money while spending more on everything. As consumer spending slows, corporate revenue falls, increasing the overall effect on the economy. This is why this phenomenon is considered bad, and there is no easy way out of it.

Given that COVID is retreating, businesses are reopening, and life looks to be returning to normal, the economy should be rising right now. Why isn’t this the case? One word answer – inflation. Rising prices of everything from food to gas to airline tickets are silently killing this economy. The Russia-Ukraine war further adds to long-term problems causing higher inflation and slowing growth.

Many economists and experts believe the world is on the brink of entering a “stagflationary” period. According to the World Bank’s latest Commodity markets outlook, the world has experienced the largest spike in energy prices since the 1973 oil crisis, as well as the largest increase in food and fertilizer prices since 2008. The World Bank has warned that price shocks caused by Russia’s invasion of Ukraine will last at least until the end of 2024.

Russia is the world’s largest exporter of natural gas and fertilizer, as well as the world’s second-largest crude oil exporter. Together with Ukraine, it contributes to roughly one-third of world wheat exports, 19% of corn exports, and 80% of sunflower oil exports.

What happens during stagflation?

Once, the US government imposed wage and price restrictions, which limited the prices that businesses could charge their customers. Despite rising production costs, businesses were unable to boost prices in order to bring revenues in line with costs. Therefore, in order to stay profitable, they were forced to decrease expenses by reducing payrolls. The jobs were lost, resulting in a positive correlation between inflation and unemployment.

Economists offer two explanations for why stagflation occurs. First, stagflation can occur when the economy is subjected to a supply shock. In such a situation, prices rise, making production more expensive and less lucrative, reducing economic growth. According to a second argument, stagflation might be caused by inadequate economic policies. For example, the government can enact a policy that harms industries while rapidly increasing the money supply. The occurrence of these policies at the same time may result in slower economic development and greater inflation.

Many people are concerned that today’s stagflationary conditions will continue to define the global economy, resulting in greater inflation, reduced growth, and perhaps recessions in many countries.

The new reality the world faces is a growing stagflationary storm.