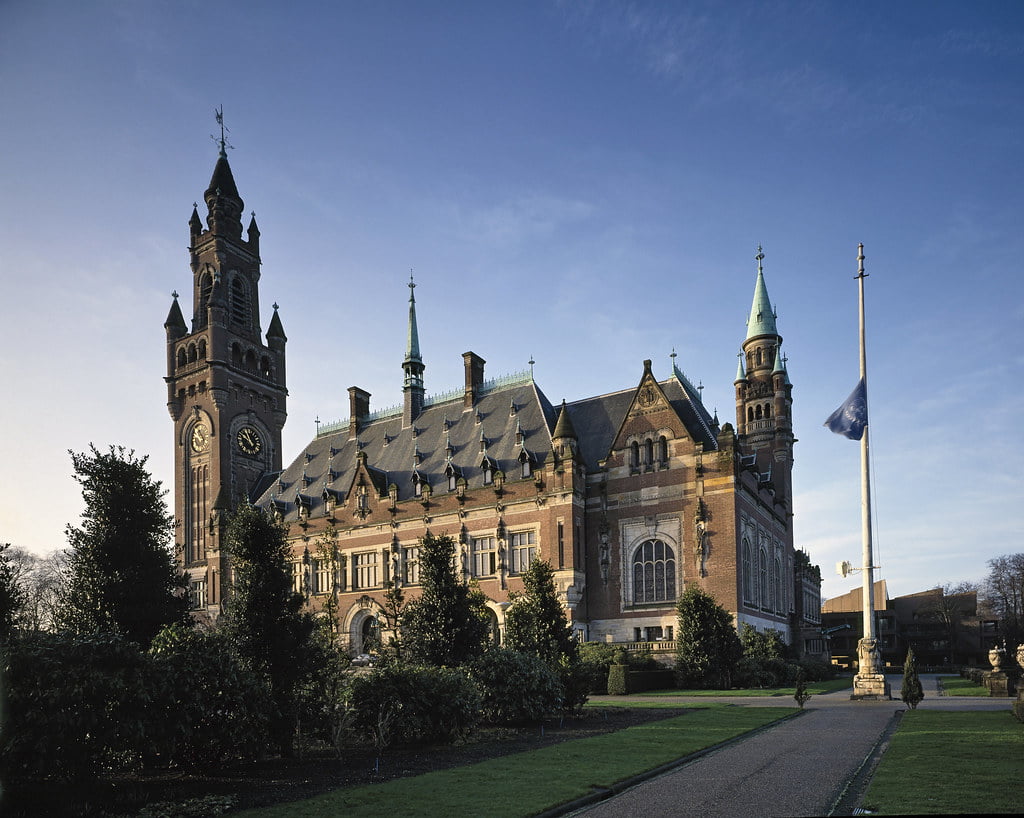 The International court of justice (ICJ) is the principal judicial organ of the United Nations. It was established in June 1945 by Charter of UN and began work in April 1946. The seat of the court is at the Peace Palace in the Hague, Netherland. Of the six principal organs of the UN, it is the one one that is not located in New York (USA).

It consists of 15 judges regardless of their nationality with every 5 judges elected every 3 years (tenure 9 years) by the UN General Assembly and the security council. Its official languages are English and French.

(1) Contentious Jurisdiction – All the disputes of legal nature are submitted to it by member states. However, International Court Of Justice only has jurisdiction over any dispute if both concerned parties (states) submit to its jurisdiction. This can be done in 2 ways:

(2) Advisory Jurisdiction – Under this, the other arms of the UN or other international bodies can approach the court for a non-binding legal advisory opinion on a particular issue.

The court has no jurisdiction to deal with applications from individuals, NGO’s, Corp or any private entity. Only states are eligible to appear in contentious cases.

For example – With respect to India:

In 1974, India made a declaration by which it made the jurisdiction of ICJ ipso facto compulsory with certain reservations that excluded following categories of dispute: