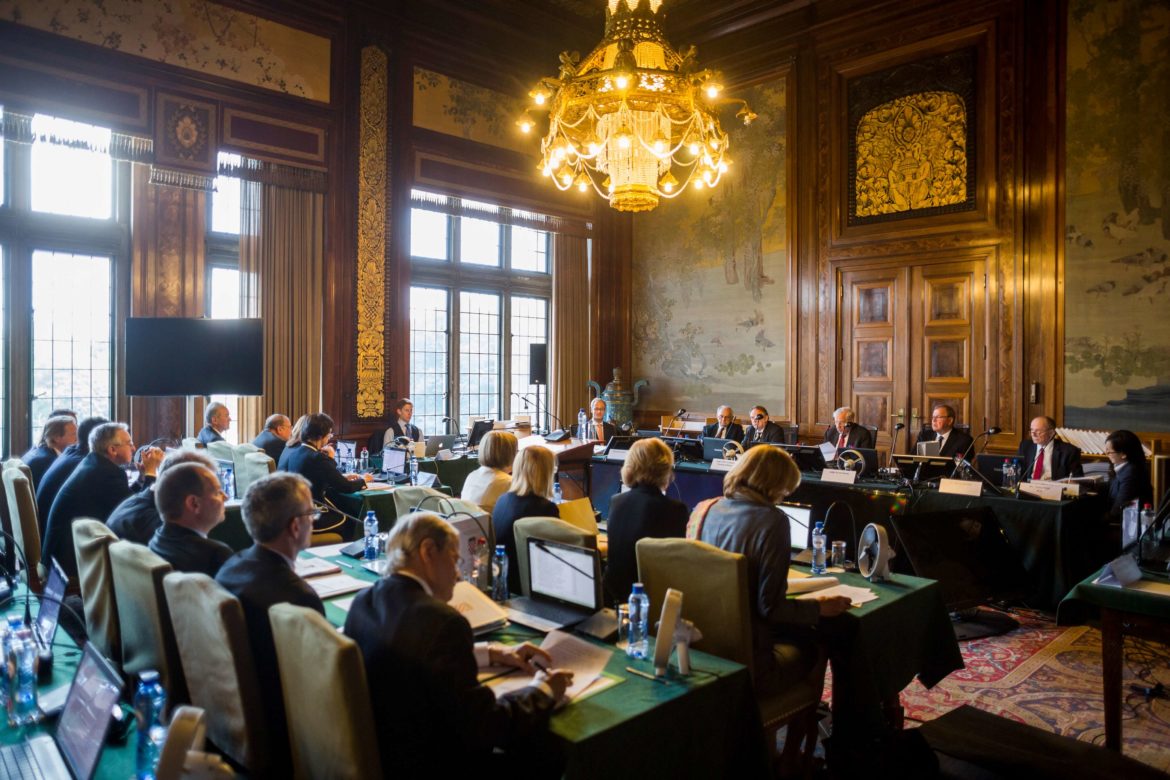 Permanent Court of Arbitration (PCA) is an international organisation based in The Hague, the Netherlands. It was created in The Hague by treaty in 1899.

Unlike the International Court of Justice, the Permanent Court of Arbitration has no sitting judges; the parties themselves select the arbitrators. Another difference is that sessions of PCA are held in private and are confidential.

It is a permanent bureaucracy that assists temporary tribunals to resolve disputes among states (and similar entities), inter-government organisations or even private parties arising out of international agreements.

Although PCA is not part of the United Nations, it does have observer status in the UN General Assembly since 1993.