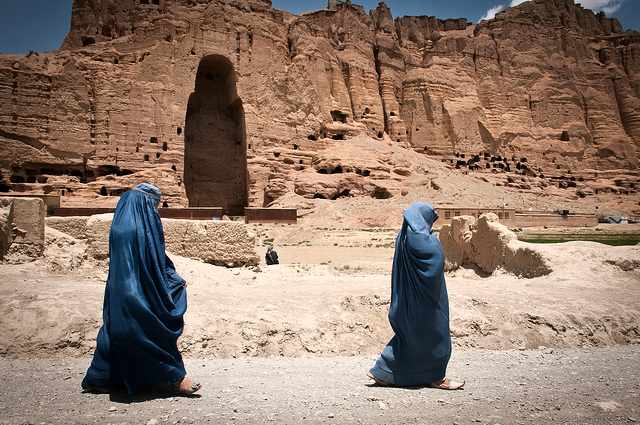 In Afghanistan 1992, Najibullah government backed by USSR came to an end. Under Peshawar accord, Burhanuddin Rabbani and Mujahideen came together to form government in Afghanistan. Gulbuddin Hikmatyar (group – Hazb-e-Islami) opposed Rabbani government.

How Pakistan came into the picture? It’s role?

With the end of the cold war, US lost interest in Afghanistan, leaving it as a strategic backyard for Pakistan. ISI and Pakistani army supported Hikmatyar to launch a civil war against Rabbani government which was rendered weak due to lack of financial and other assistance from US.

Formation of Taliban in Afghanistan

Taliban,  a group of militants who later on turned religious fanatics was a creation of Pakistani army and ISI. It is alleged that Taliban were deployed by Pakistan’s on two fronts – towards its East in Indian Kashmir as jihadis (fighting for the inclusion of Kashmir in Pakistan) and towards its West in Afghanistan to fight against Rabbani government.

During this period Afghanistan faced large scale violence. Taliban had a great influence in South Afghanistan and in 1994 took control of Kandahar and started politico-religious movement in this region. So mujahideen’s government was confined to North Afghanistan with Kabul as the centre. Later on, Pakistan supported Taliban and ignored Hikmatyar.

In 1996, Taliban took control of Kabul. Mujahideen government formed the Northern Alliance and shifted to North-East. Afghanistan and Taliban started sharia rule and was assisted by Al-Qaeda.

The decade since US and its allies invaded Afghanistan

2001 – US and British forces begin airstrikes in Afghanistan after the Taliban refuses to hand over  Al-Qaeda leader Osama Bin Laden following the September 11 terrorist attack.

2002 – Hamid Karzai is elected as head of the state of the new Interim Government.

2003 – NATO assumes leadership of the international military operations in Afghanistan in what is the Alliance’s first mission beyond the Euro Atlantic area.

2004 – A council of elders ratifies a new constitution, making Afghanistan an Islamic State. Karzai wins Afghanistan’s first presidential election with 55% of the vote.

2006 – Operation “Mountain Thrust” is the largest allied military action since 2001, involving 2,300 US soldiers. NATO takes control of security operations throughout all of Afghanistan, taking over command in the east from a US-led coalition force.

2007 – With the insurgency flaring up, NATO and US forces run operation “ACHILLES” a massive action against the Taliban in the restive Helmand Province. The campaign seeks to reclaim the area so President Hamid Karzai’s government can expand its reach.

2008 – President Bush orders an increase of 5000 troops in Afghanistan. It reflects a shift in US military priorities away from IRAQ.

2009 – Barack Obama is sworn in as US president. Karzai bows to intense US pressure and agrees to a run-off election. He is later declared the winner. President Obama outlines his decision to rapidly expand the US role in the war in Afghanistan.