Popular
What is China’s ‘Wolf Warrior’ Diplomacy?
Latest on Tunisia and Arab Spring
What are VPNs, and why are they in the news always?
Few terms coming up in focus to understand the troubled global economy
U.S. Fed interest rate hike and its impact on India
Dispute between Armenia and Azerbaijan – The past and the present
Why are special drawing rights (SDR) in the news always?
The world faces a growing stagflationary storm
What is and Why De-Dollarisation?
International Energy Agency (IEA)
World 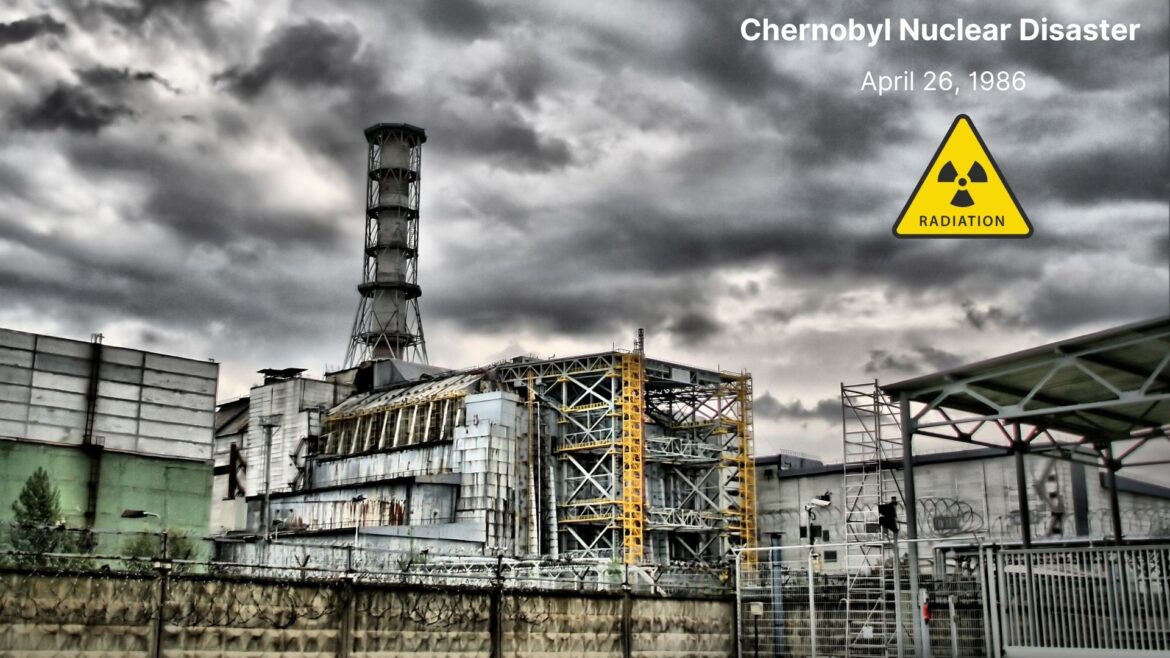 The Chernobyl disaster occurred on April 25–26, 1986. One of the nuclear reactors leaked, resulting in the worst nuclear disaster in history. The Number Four reactor at the Chernobyl nuclear power plant in Ukraine exploded, destroying the reactor building and releasing large amounts of radiation into the atmosphere across much of Europe that even reached the eastern United States. It is said to have released 400 times more radiation than the bomb that was dropped on Hiroshima in Japan. It is claimed that safety measures were ignored.

What happened as a result of the accident?

Two workers were killed in the initial explosion. The entire town of Pripyat, which lay only three kilometers from the plant, was completely evacuated 36 hours after the accident. According to the report, twenty-eight of the workers at Chernobyl died in the first four months following the accident, including some heroic workers who knew they were exposing themselves to deadly levels of radiation to secure the facility from further radiation leaks.

What were the health consequences for those who were exposed?

There have been at least 1800 documented cases of thyroid cancer in children aged 0 to 14 years old at the time of the accident, which is far more than normal. Chernobyl’s psychological effects were and continue to be widespread and profound.

Mutations also occurred in plants and animals following the plant explosion. The shape of the leaves changed, and some animals were born with physical deformities.

The Soviets initially refused to acknowledge the tragedy. In fact, the disaster is regarded as one of the key factors that led to the collapse of the Soviet Union.

Today, Russia’s capture of Chernobyl appears to be a strategic decision that provided Russian troops with quick and easy access to Kyiv from Belarus, an ally of Moscow. But with the Chernobyl capture, Vladimir Putin has turned the clock 36 years back to the Soviet story as Chernobyl was the site where, many believe, the story of Soviet disintegration began in 1986.

There are different schools of thought about the end of the cold war and the disintegration of the USSR.

It was the time when Gorbachev was unveiling his reforms. His Glasnost Policy meant “openness,” meaning democratic reforms. It weakened the control of the central government over the soviet republics. It gave freedom to media and speech and had brought corruption, exploitation, and insensitiveness of the government into the limelight. USSR has suffered from Chernobyl nuclear disaster. In fact, journalists were encouraged to write freely about the communist regime’s flaws in order to close loopholes.

The idea changed Soviet life. Freedom of expression meant the Chernobyl disaster became a subject of public discussion and debate. Dying people stirred public anger. Protests broke out against the Soviets. The way Chernobyl nuclear disaster was managed by the Soviet government came to be known, and it further ruined USSR’s soft power. Voices of dissatisfaction and separation emerged. The Soviet empire was doomed in four years.

Gorbachev factor often described for the disintegration of the USSR, is considered by the present government of Russia as the biggest geopolitical blunder. However, Gorbachev’s aim was not disintegration rather reformation. He believed that only through such reforms USSR could be saved.

An engineer picked it. The issue made its way to the top of the communist hierarchy. However, the Soviet administration broke every rule in order to keep the lid from blowing up.

Massive amounts of radioactive materials were released into the atmosphere as a result of the explosion. Radiation levels quickly skyrocketed to dangerously high levels. It spread first to nearby areas, then to far-flung areas. The Soviets refused to acknowledge the tragedy to their people and did not evacuate about 30,000 residents of the nearest city, Pripyat, for almost three days. People kept falling ill. By that time, many residents were already complaining about vomiting, headaches, and other signs of radiation sickness. People were moved from their homes first on April 27. More surprise, as the Soviets went ahead with their May 1 celebration – the biggest holiday in the Soviet calendar. So much in a fix was the Soviet administration of Mikhail Gorbachev that it failed to decide how to respond.

The Soviets remained mum, hoping to keep the disaster hidden from the international community even though a huge amount of nuclear debris landed in Belarus across Ukraine’s border.

The first international warning was issued when a nuclear power plant in Sweden raised the alarm about a nuclear radiation leak. On his way back from the restroom, an employee at the Forsmark nuclear power plant near Stockholm passed one of the radiation monitors. It revealed that his shoes were emitting a lot of radiation. Staff in Sweden initially panicked, mistaking it for an accident at their own nuclear power plant. A thorough scan, however, revealed that the true source of the radiation was 1,100 kilometers away in Chernobyl. A Swedish exposé made waves in Russia and other Soviet constituents. The rest of the world was aware, and the Soviets were forced to admit it.

How safe is it now?

Thousands of “Liquidators” worked under extremely hazardous conditions to contain the remains of the fourth reactor. The shelter for the reactor was finished less than six months after the explosion, during peak radioactivity levels.

The last reactor in operation at the Chernobyl site was shut down on December 15, 2000, and the decommissioning phase began.

Chernobyl still has extremely high levels of radiation. Experts believe that the amount of cleanup that has occurred in the last 36 years indicates that a complete cleanup of the Chernobyl nuclear power plant could take another 50 years.

It also implies that if Putin retains control of the Chernobyl nuclear site, he will be able to use it to keep the West and its Nato (North Atlantic Treaty Organization) troops at bay by threatening them with large amounts of nuclear waste radiation.