Popular
What is the Wassenaar Arrangement?
Recognizing Gaslighting
What is China’s ‘Wolf Warrior’ Diplomacy?
Latest on Tunisia and Arab Spring
What are VPNs, and why are they in the news always?
Few terms coming up in focus to understand the troubled global economy
U.S. Fed interest rate hike and its impact on India
Dispute between Armenia and Azerbaijan – The past and the present
Why are special drawing rights (SDR) in the news always?
The world faces a growing stagflationary storm
CulturePersonalities 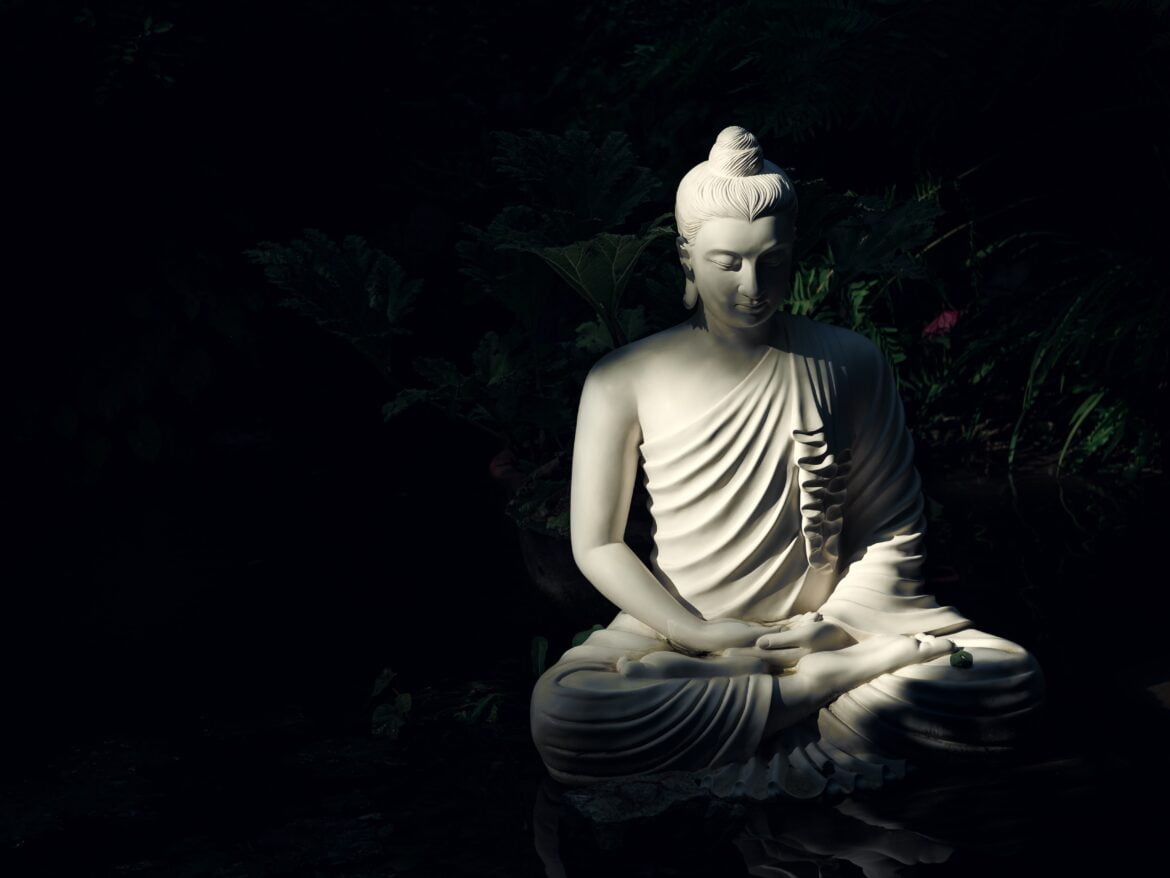 Photo by Mattia Faloretti from Unsplash

Buddhism is based on the preachings of Siddhartha Gautama, known as Buddha. Buddha is recognized as an enlightened teacher whose teaching can help us attain nirvana ( highest happiness ).

Before the birth of Siddhartha, known as Gautama, the Buddha, his mother Maya had a dream in which a white elephant entered her womb. The Brahmins interpreted the dream as the conception of a son destined to become a great person. There is no agreement about the date of his birth. Gautama Buddha was born in Lumbini ( modern-day Nepal ) around 567 BC. His mother died seven days after his birth. He was brought up by Gautami, who was his maternal aunt.

When Buddha was born, an astrologer prophesied that in the future, he would renounce the materialistic world. To prevent him from doing so, young Gautama was kept clear from the sufferings of the common man.

But through a series of encounters, he came across four sights – a sick man, an old man forsaken by relatives, a dead man, and a holy ascetic man. He realized the miseries and fleeting nature of worldly matters. These encounters made him abandon royal life and take up a journey to spirituality known as “Great Renunciation” at the age of 29.

Under various religious teachers, he studied and followed different techniques to do meditations and ascetic practices but was never fully satisfied. He taught people to be balanced and follow the middle path rather than extremism.

At the age of 35, under Bodhi tree/peepal tree, in BodhGaya in India, Gautama attained “enlightenment”. Thus he earned the title “Enlightened One” or “Buddha”. Thereafter, he spent his life teaching others. Buddha delivered his First Sermon at Sarnath after his enlightenment at Bodhgaya.

The meaning of Buddha is “the enlightened one” and has been described as “ an ocean of wisdom and compassion”.

He passed away in 487 BC in Kushinagar, Uttar Pradesh, India. On his remains were raised eight spacious structures called stupas [ Stupas are hemispherical funeral resting place of bones and ashes of holy man ].

Buddhists apply the methods taught by Buddha and subsequent Buddhists. They believe that to end the sufferings one should eradicate the causes. Samsara is “the cycle of birth and death”. In Buddhism, Karma (deeds) is what drives Samsara.

Being born as a human, Buddhists see this as a rare opportunity to work towards escaping the cycle of birth and death. The escape is called Nirvana ( enlightenment ). Buddhists believe that once Nirvana is achieved, and the enlightened individual physically dies, they will no longer be reborn.

Buddhism split up into two sects – Hinayana and Mahayana

The followers of Mahayana placed reliance on faith and devotion to attain nirvana. They regard Buddha as an incarnation of God. They believe that the highest ideals of life are to help others attain nirvana. Their religious text is in Sanskrit. Mahayana Buddhism is throughout East Asia (Korea, China, Vietnam, Singapore, Japan, Taiwan, etc.).

Hinayana Buddhism – the earliest form of Buddhism. This form of Buddhism aims to attain personal nirvana that is the salvation of self through mental discipline, ethical conduct, and wisdom. Their religious text is in Pali. It has a widespread following in Southeast Asia (Cambodia, Myanmar, Laos, Thailand, etc.) and Sri Lanka.

The followers of Hinayana Buddhism regard Buddha as a man whose birth as Buddha was his last birth before attaining moksha/nirvana. They believed that there were many Buddhas who preceded Gautama. The next Bodhisattva Maitreya is yet to become the Buddha. Meaning he is to appear in the future and achieve complete enlightenment. As per scriptures, Maitreya will be a successor to the present Buddha, Gautama.

Bodhisattva is someone who has almost achieved enlightenment or has delayed enlightenment to help others attain salvation. A bodhisattva is one who is no longer bound by worldly desires and can choose to be born into the world while the rebirth of worldly beings is by their karma i.e. involuntary. There is no rebirth of people who have attained nirvana.

Vajrayana, recognized as a third branch, is practiced mainly in Tibet and Mongolia, and adjacent parts of Russia and China.

Four Noble Truths come from the teachings of Buddhism. They teach what causes suffering and how to overcome it. The First truth is that the world is full of suffering. The second truth is suffering is caused by human desires. The third truth says that renunciation of desires is the path of salvation and the fourth truth is salvation comes from following an eightfold path.

If followed will end our sufferings:-

Right Intention (or Right Thought): No hatred or harmful intent

Right Speech: Speaking in a truthful and non-hurtful way

The Wheel of Law or Dharmachakra is an important symbol. As per Buddha, dharma is the law that ensures the welfare of people if practiced faithfully. The wheel symbolizes the goodness in every person. The wheel has eight spokes representing the eight virtues given by the Eight Fold Path. As per the teachings, true wisdom and compassion come if one starts living by this law, and then comes freedom from suffering.

– denied the existence of God or Gods.

– they allowed practicing more than one religion.

– did not recognize the existence of the soul after death

– Buddhism opposed social order based on the varna system. They opened their doors for women and Shudras. Conversion of Shudras to Buddhism to free them from the mark of inferiority.

The events in Buddha’s life are represented by the symbols given below :

(i) Birth by Lotus and Bull

(v) Parinirvana or death by the Stupa.

Tibetan Buddhism belongs to the Mahayana school. Monks belonging to this are called lamas. Tibetan Buddhism, also called Lamaism, is the main religion of Mongolia, Tibet, and other parts of the world.

The present and the 14 Dalai Lama, Tenzin Gyatso, was identified and enthroned in 1940, in Lhasa. In 1950, due to the Chinese annexation of Tibet, the Dalai Lama fled to India in 1959 and established a Government-in-exile at Dharamshala in Himachal Pradesh.

Below are the pics from Chion-in Buddhist Temple in Kyoto City, Japan (Night time autumn illumination in November).

Hello. This post was really motivating, particularly since I was browsing for thoughts on this issue last Sunday. Clemence Cully Gaye